Below are some examples of what can be achieved with dermal fillers. These are an instant "liquid nose job" or "non surgical rhinoplasty", that were created simply and quickly under a bit of local anaesthetic using Restylane (liquid) filler. The results are immediate, with the after photos having been taken within 30mins of the before photos. With the eye of a true artist, Dr Beulink creates noses that are aesthetically sculptured to the desired effect: hollows are filled in, bumps disappear and are smoothed out by building up the surrounding low areas, tips can be elevated, and scars can be filled in. A nose that may first appear to require a surgical correction, may in fact be improved relatively simply with filler reshaping.
Dr Beulink has also seen and treated numerous cases of "botched" surgical rhinoplasties; smoothing, straightening and filling in the defects caused by the knife and rasp.
For further information including side effects and prevention of, go to Dermal Fillers page. 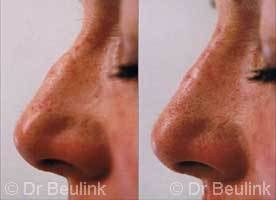 Typical "lump" on nose. Note the hollowing of the bridge of the nose which is key to the lumps in these two examples. Filling in the the hollow above the lump, plus some adjustment to the minor profile hollowing below the lump, very effectively straightens the nose. 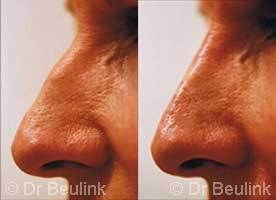 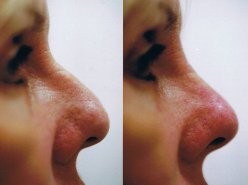 With ageing the tip of the nose drops and the nose profile rounds off. Strengthening and elevating the tip, plus some profile adjustment at the bridge, recreates a pleasant more youthful looking nose.

A "saddle" scar deformity of the nose, caused by previous skin cancer removal, can be significantly improved by filling in and resculpturing with liquid dermal filler.
Again, in this case the immediate effect of the nonsurgical "liquid nose job" using a dermal filler is quite remarkable. With the effect being instant, and the downtime being negligible, the "liquid nose job" can be a seriously good alternative to any form of surgical intervention. 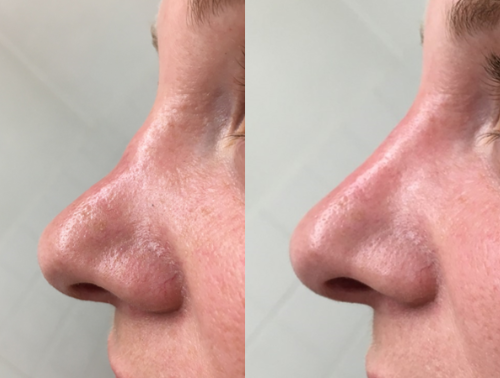 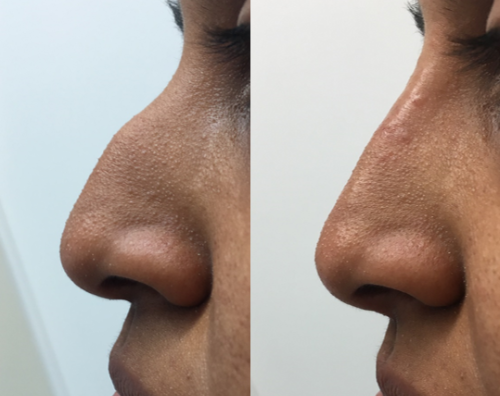 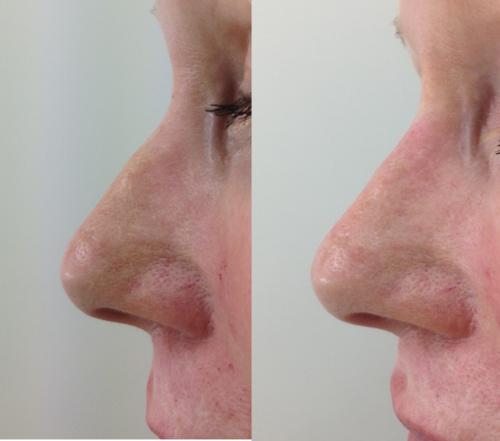 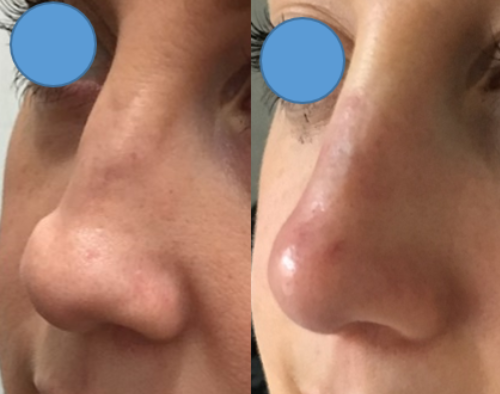 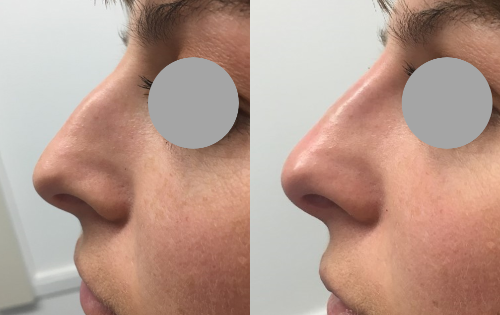